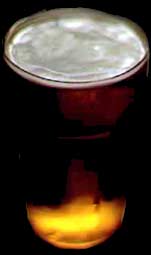 Not all pints of beer are the same size. Take the first one of the night, this is always a standard pint. Yes it can go very quick or very slow but we know it is always the same size. It is the rate at which we drink it, that varies, the lead up to this drink determining how fast we finish it. But the drink itself is always the same size and that is fairly large. The second one seems the same, it comes in a similar sized glass and yet it disappears a lot quicker. By my reckoning, it is at least ten and maybe even fifteen percent smaller than that first one, and maybe it is more salty too because it leaves me feeling more thirsty. The third is probably more like the first, though sometimes it can be even smaller than the second. The fourth was possibly remarkable in someway, but to be honest I can’t remember how. The fifth and six I don’t recall at all. There may have been a seventh or I may have just skipped straight to eight. It is probably not too important because I never finished one of them and brought the other one back up.